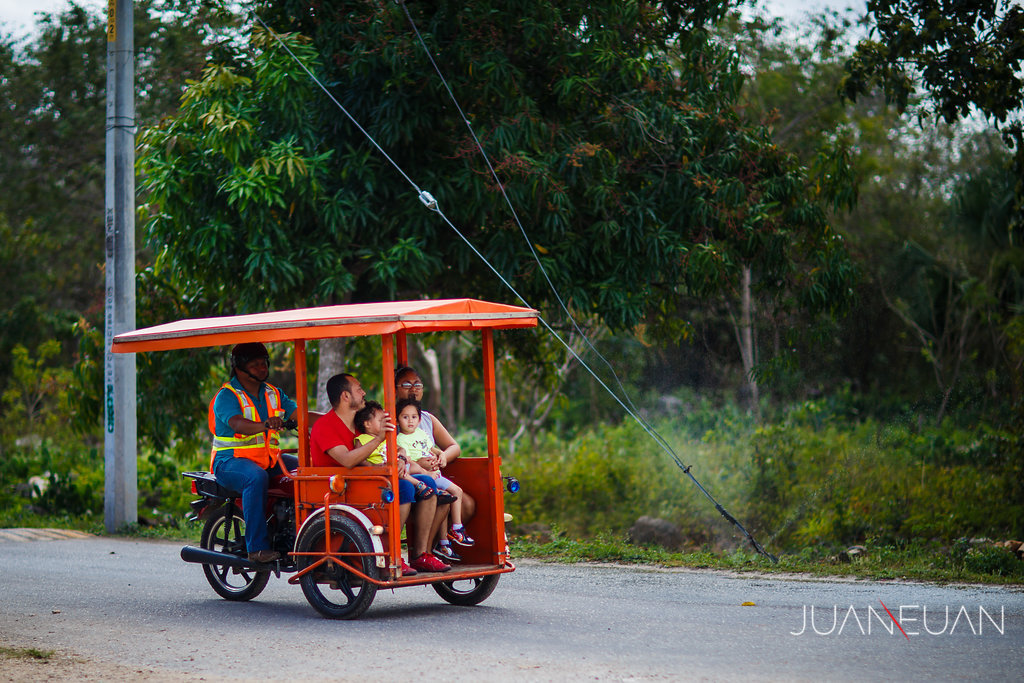 Leona Vicario is a village in the Puerto Morelos Community.  It came from Hacienda de Santa Maria, it was a concession granted to the Bank of London and Mexico by the federal government for the exploitation of gum and  tint stick.

The path of Trucks, a type of wagons that were pulled by horses over a narrow path, communicated the Hacienda with the port town of Punta Corcho, now, Puerto Morelos; these wagons took the gum production to be shipped to Cozumel, where it was commercialized to the rest of the country and abroad.

In 1936, due to the secularism state policy established by Rafael E. Melgar, who was then governor of the territory, the Hacienda de Santa Maria was renamed as Leona Vicario, in honor of the Mexican independence hero, wife of Andrés Quintana Roo.

As you walk the streets of the village, you’ll learn the history of one of the oldest areas in the state of Quintana Roo.

Visit the village and talk to the locals, buy fresh fruit from local producers, eat at the Mexican food stands, take a cultural tour of the melipona bee, get close and check the machete wounds on the chicozapotes, buy a beautiful wooden “molcajete” from local artists, visit the colorful cemetery where Day of the Dead and Hanal Pixán are celebrated, and go through the streets in a Mayan taxi.

Let yourself be enchanted by the authenticity of the area.

White Syndrome is a disease that leaves  injuries in  corals, these are...
Cultural

Leona Vicario is a village in the Puerto Morelos Community. ...
Activities

65th edition of the International Film Exhibition of Cineteca Nacional

The most expected cinematographic event will come to Puerto Morelos'...