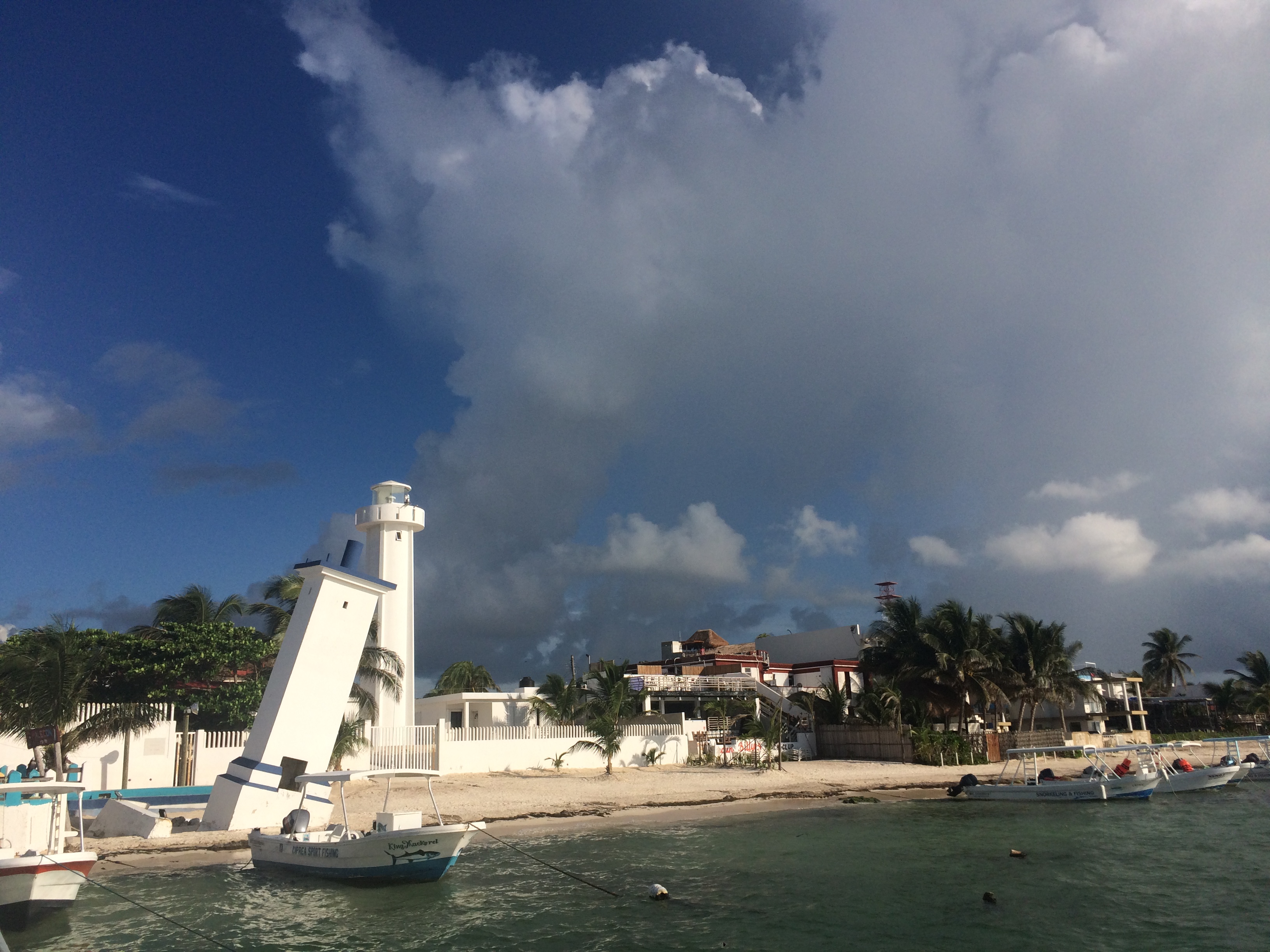 This “Enchanting Town” is the main port in Quintana Roo and capital of the community with the same name; it is located in the north side of the State, 20 miles south of Cancun.

Being declared Pueblo con Encanto (national label of “Enchanting Town”) means that this community is recognized for being able to preserve its authenticity and picturesque nature through the improvement and rescue of the urban image, giving value to touristic attractions and natural wealth.

Due to the geography of its surroundings (mangroves and fossil reef lagoon) it is divided in two, and the human settlements have been left on the other side of the Federal Highway 307.

The settlement located on the coast is known as “Port” or “Old Puerto Morelos”. Since there are many hotels, restaurants, beach clubs, and stores, most of them with great deals for the visitors, this place offers a wide array of touristic activities.

A place to the east, very near the highway is known as “Colonia Pescadores”, and it has a multiple use stadium. The next settlement west of the highway is “Colonia Joaquin Zetina Gasca”. There you will find City Hall, schools, supermarkets, banks, and commercial areas of all kinds. It is also the place where most of the local population lives.

Back in history, the residents came from Veracruz and Yucatan; but due to the tourist opening, immigration of people from all over the country and from abroad increased greatly, turning Puerto Morelos into a cosmopolitan city.

There were two prehispanic Mayan structures in the coastal area and they were destroyed to use the rocks in the construction of the lighthouse that was later tilted by hurricane Beulah in 1967. This leaning lighthouse is now the symbol of Puerto Morelos.

This "Enchanting Town” is the main port in Quintana Roo...

Day of the Dead is the  most representative tradition in Mexico.  In 2003 UNESCO declared this festivity as Intangible Cultural Heritage…

White Syndrome is a disease that leaves  injuries in  corals, these are produced by pathogenic microorganisms resulting in coral tissue loss, leaving…

Leona Vicario is a village in the Puerto Morelos Community.  It came from Hacienda de Santa Maria, it was a…