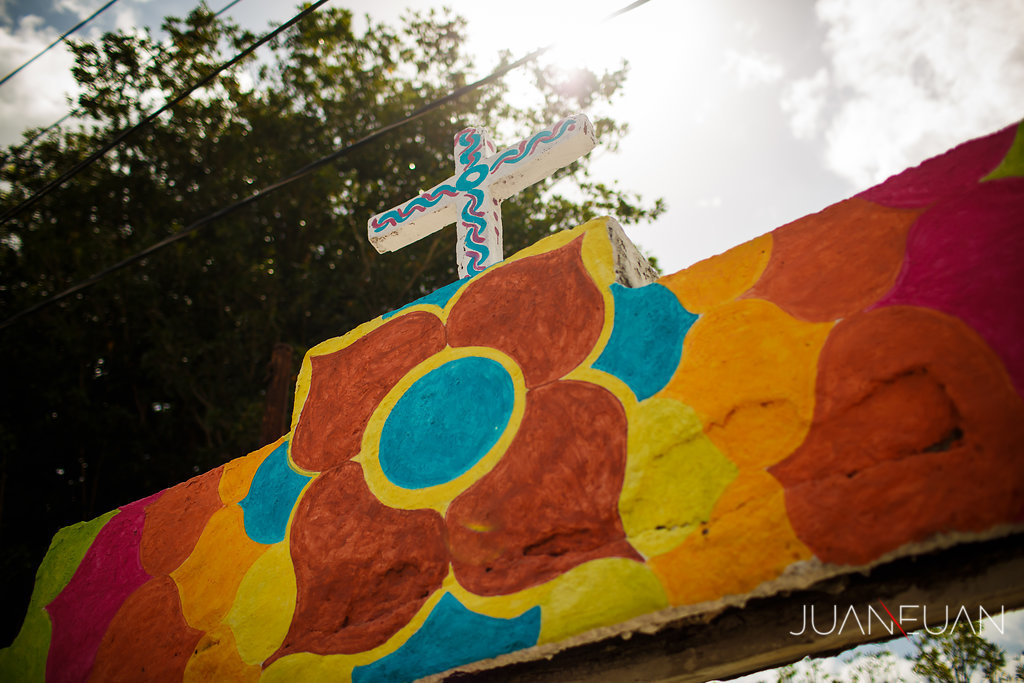 Day of the Dead is the  most representative tradition in Mexico.  In 2003 UNESCO declared this festivity as Intangible Cultural Heritage of Humanity.  It takes place on November 1st, day dedicated to children’s souls, and November 2nd, dedicated to adults’ souls.

The origins of this festivity in Mexico come from way back, before the arrival of the Spaniards, when it was frequent,  among several prehispanic villages, to have rituals that symbolized death and rebirth.

There are six important aspects to this celebration that is so rooted in the Mexican cultural tradition as the Day of the Dead.

The altars of the Day of the Dead are the greatest representation of this Mexican festivity.  they are made as offerings, and to remember the souls of our beloved ones.

This year, in Puerto Morelos, there will be a Mega offering for the Day of the Dead, an initiative by  Cuadra Una Tradición, that calls all neighbors that would like participate with their offerings;  this will take place on Saturday, November 2nd, in the front patio of each participating neighbor.

Day of the Dead is the  most representative tradition in Mexico. ...
Culture

The  “Hanal pixán”, or food for the spirits, is a...
Culture

Venture yourself into a chiclero, fishing, and touristic Mayan town. ...